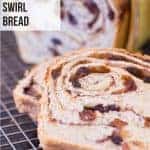 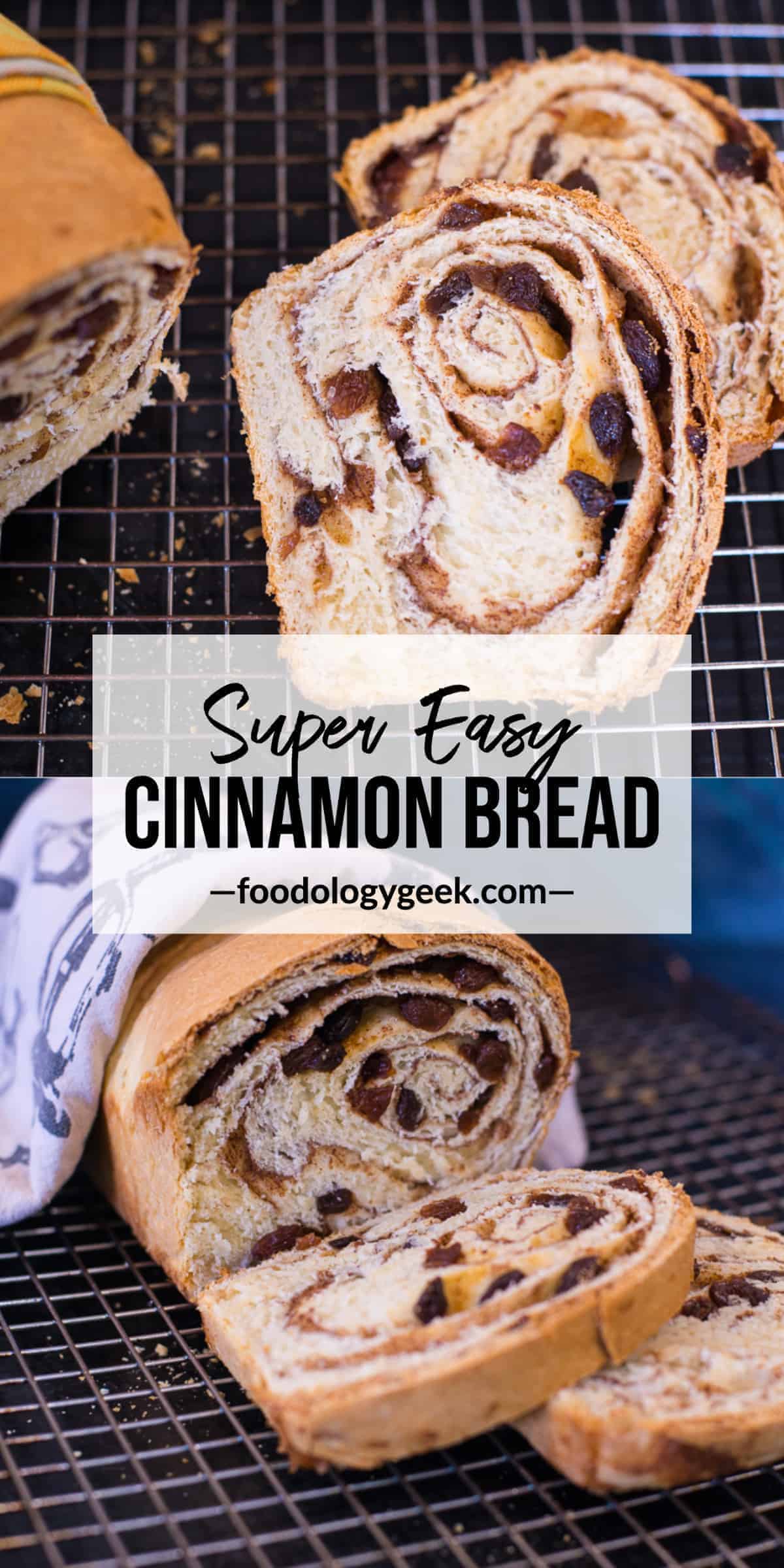 My mom used to make this Cinnamon Swirl Bread once a week when I was growing up! I love it toasted with a good slathering of butter. This sweet, tasty loaf is sure to be a favorite in your house, too. 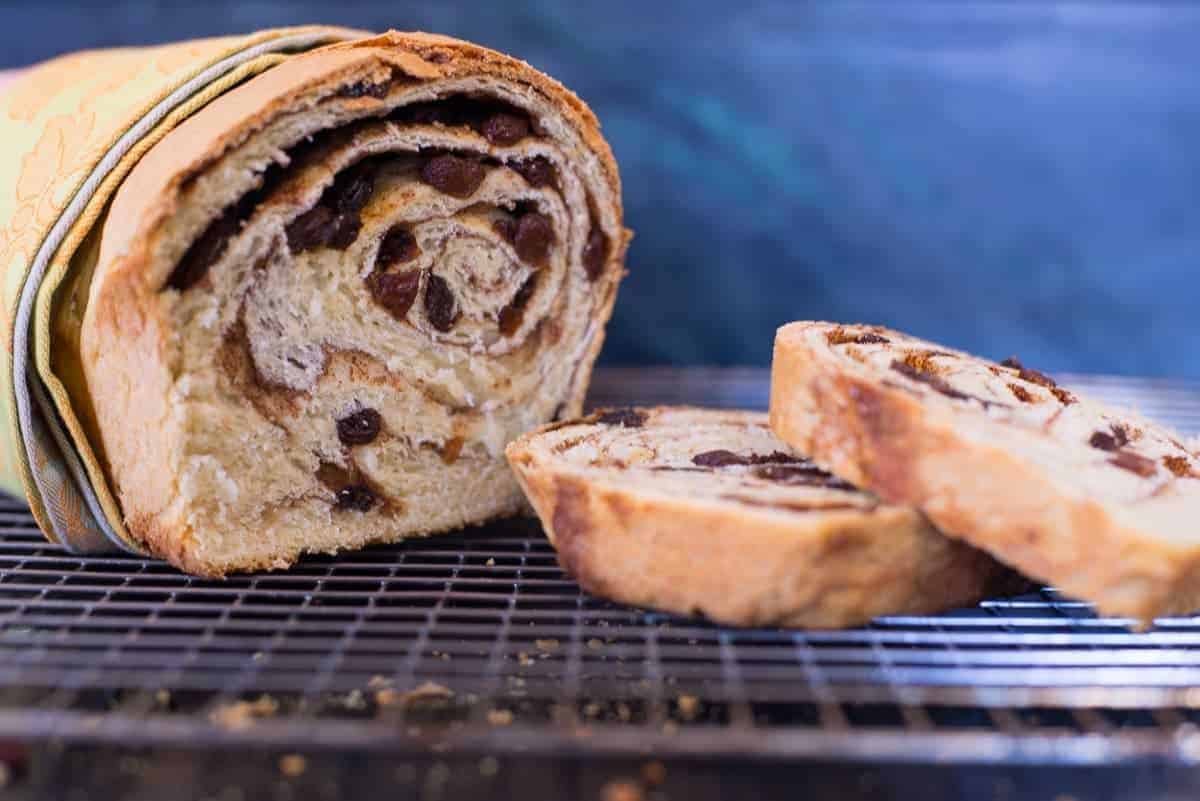 She was also quite skilled at it. She even made English muffin bread in this weird glass tube that she used to have. I remember the way it smelled in the house when she baked it. That bread was really really good. I am going to have to get that recipe from her, too!

Freshly baked bread is one of those things that always makes me feel nostalgic.

It reminds me of home.

Contrary to popular belief, bread IS easy to make.

When you think of how much a really good loaf of bread costs, you can argue that learning to make bread is also a huge money saver.

Not to mention, all of the artificial preservatives in store-bought bread. Yuck!

This cinnamon swirl bread is still a favorite of mine.

Bread is one of those things that I don't eat a lot of. So when I do, I make it count! 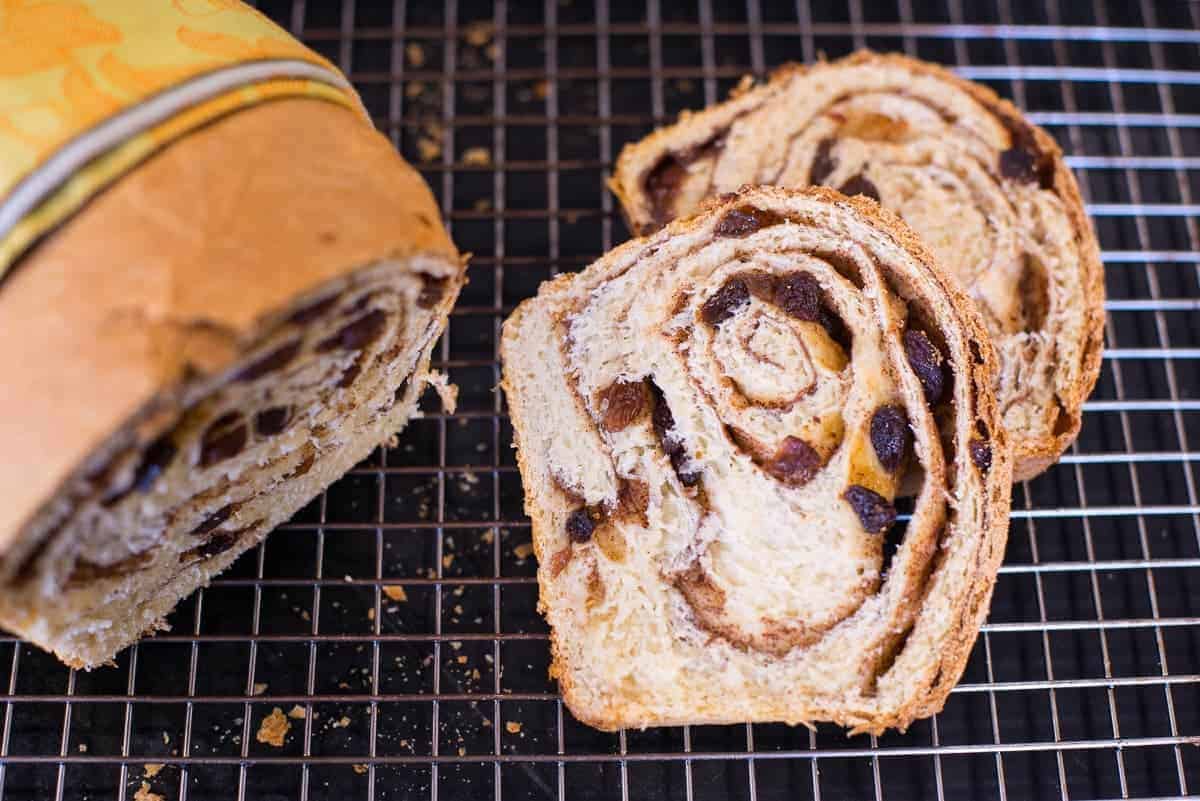 I can remember my mom baking this cinnamon bread when I was a kid.

She never put raisins in it though; my dad was never a fan of raisins in food. I kind of the like the sweet chewy little morsels in my bread, especially when this bread is toasted and slathered with melting butter. Oh man, that's the ticket!

My mom would also glaze this bread with a simple sweet icing. I left it off this time. I'm not a fan of the super sweet glaze. Feel free to make it if you like it. 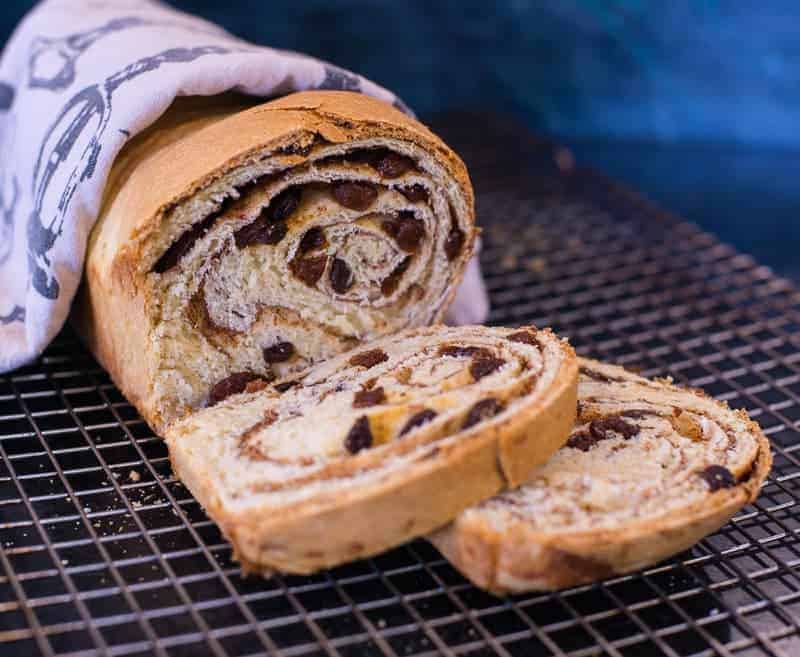 Variations: This dough is great for cinnamon rolls. When I make cinnamon rolls I like to add a nice slathering of soft butter to my rolled out dough before I add the cinnamon and sugar. The ensures that you will get a nice caramel when they are baked.  Orange zest is also nice in the glaze. You can use a little zest and orange juice instead of milk.  Also a nice cream cheese frosting is great with cinnamon rolls. Check out ours with our banana cake recipe here.

This website uses cookies to improve your experience while you navigate through the website. Out of these, the cookies that are categorized as necessary are stored on your browser as they are essential for the working of basic functionalities of the website. We also use third-party cookies that help us analyze and understand how you use this website. These cookies will be stored in your browser only with your consent. You also have the option to opt-out of these cookies. But opting out of some of these cookies may affect your browsing experience.
Necessary Always Enabled
Necessary cookies are absolutely essential for the website to function properly. This category only includes cookies that ensures basic functionalities and security features of the website. These cookies do not store any personal information.
Non-necessary
Any cookies that may not be particularly necessary for the website to function and is used specifically to collect user personal data via analytics, ads, other embedded contents are termed as non-necessary cookies. It is mandatory to procure user consent prior to running these cookies on your website.
SAVE & ACCEPT
73 shares
73 shares