Fall is Apple Season! Of course, we are going to make Pies. Why not Apple Pie with a Dutch Crunch.

One of the things about having a food blog is that we spend a lot of time cooking. But just like filming for a movie, things don't always go as planned.

We have a fair amount of out-takes. Sometimes we're just off our game. Sometimes the light doesn't want to cooperate for the photo...or we just can't get that perfect photo for whatever reason. Or, we get to laughing too hard and screw something up simply by not paying attention to the details.

The key to a good pie is a good crust.

The story behind this pie crust...

A few years ago before I started the blog, some of my friends talked me into to doing a cooking school party at my house. They knew that I love to cook. They also knew that I have a fantastic herb garden; and in addition, I had just had my kitchen remodeled. It sounded like fun. So we did it!

The theme was Pumpkin Cooking School. We make Pumpkin Ravioli with a Walnut Cream Sauce for dinner. We also whipped up a batch of my Pumpkin Spice Soup and then finished the evening with some Pumpkin Pie.

Because it was 'school'...and I'm a scientist that used to be a teacher that can tend towards being a complete overachiever...I decided to run an experiment with pie crust as part of this event! I made the two different crust recipes that I had in my arsenal.

I made my Butter Crust, and my Basic Buttermilk Crust.

We discovered that letting the dough rest overnight in the fridge really did yield a flakier crust. In addition, we all felt that the Basic Buttermilk Pie Crust had the best flavor and flakiness.

Pro Tip: The trick to making perfect pie crust is to have the butter as cold as possible. I find that using the blade attachment on my food processor makes it super easy to incorporate the butter without warming it too much in the process. I put the flour, salt, and sugar in the food processor then add the butter. I let it spin until I get a sand-like texture. For the last step, with the machine running, add cold buttermilk. Let the food processor run just until the mixture comes together into a ball. Then just dump it out. Knead it slightly - if needed. Wrap the ball in plastic and store in the refrigerator overnight.

Buttery Flaky Pie Crust Recipe
This is a simple all-butter pie crust recipe. This recipe makes enough pie dough for a double crust. If you only need one crust you have half the recipe.
See The Recipe
Basic Buttermilk Pie Crust
Flaky, tender, flavorful crust. This recipe makes two - 9 inch pie crusts. Or enough for a double crust pie.
See The Recipe Pin For Later

I use a combination of apple varieties. Green apples have a great structure, but can be very tart. A sweeter apple has good flavor, but can get mushy when cooked. If you use 1/2 of each type, you can get a balanced result.  Handy tools: Pastry Cutter, Pie Weights Video: Tips for assembling your pie.

Hi There! I'm Laura — Thanks for stopping by! Welcome to FoodologyGeek.com where I share recipes that make you feel good! I believe in eating food that fills your soul with joy and your body with nourishment!

I'm a Meal Prep Maven and Sharing Classic Family Recipes are my passion! Come inside and find something delicious. FIND OUT MORE... 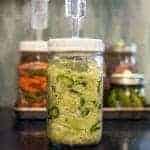 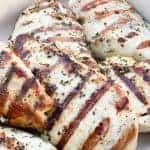 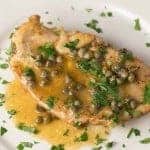 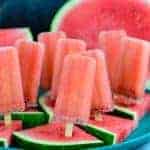 Fresh Berry Cheesecake!⠀ ⠀ Now that you have a

So much is going on in the world today! 💜 Take

🍊 Homemade Arancello At least if we are shelte

Hi, I'm Laura!
I'm a retired Forensic Scientist that traded my day job of seeing dead people to pursue my first true love, cooking and photography. Welcome to my little place on the internet where I share my favorite tried and true recipes. Whether you are looking for nutritious meal prep recipes, or family recipes that everyone loves this is the place for you. Read More…